Virtual Book Tour and Giveaway: Theft Between the Rains by Luba Lesychyn

Welcome to my stop on the virtual book tour for Theft Between the Rains by Luba Lesychyn. This book tour was organized by Goddess Fish Promotions. On my stop, I have an excerpt from the book as well as a great guest post from the author. There's also a tour wide giveaway to win a print copy of the book. Be sure to follow the rest of the tour for more content. Enjoy!
-- 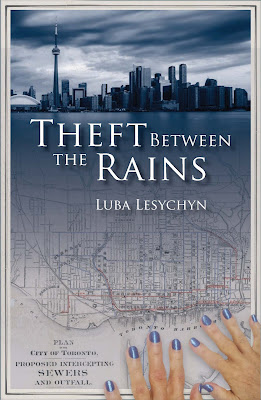 Title: Theft Between the Rains
Author: Luba Lesychyn
Publication Date: August 1st 2019
Print Length: 336 pages
Genre: Mystery
~
What would you do if you worked at a reputable international museum and art works listed as still missing since WWII began showing up on your doorstep?
That’s the substance of the newest urban art theft thriller Theft Between the Rains by Luba Lesychyn.
Drawing on her more than 20 years at Canada’s largest museum, Luba reintroduces many of the affable and quirky characters from the prequel, Theft By Chocolate. Also resurrected is the malicious art thief who has been on the world’s most wanted criminal list for decades.
Theft Between the Rains takes readers behind the scenes at museums and to parts unknown of Toronto. And with water being a character unto its own, Luba uses both humor and thriller elements to weave a page-turning story while simultaneously illustrating how changing weather patterns and flash flooding are impacting metropolitan centers globally.
Goodreads * Amazon * IndieBound * Kobo
---
EXCERPT:
“We are coming to yet another fascinating area of the facility. And it is one of the more recent additions to the building,” said Walter.
“Holeeeeeeeee,” said Marco. “This is straight out of some Sci Fi B movie.”
“It is something,” said Walter.
Before us were shelves full of jars – large jars, small jars, roundish jars, square jars – all containing clear liquid and specimens of every conceivable sort. I turned on my phone’s flashlight app, and the illuminated sight before me was truly haunting. Hundreds, probably thousands of fish, sea life, and land creatures floated lifelessly in their ghostly containers. Those whose bodies were turned in our direction seemed to be staring directly at us with beady eyes.
“All of these specimens are suspended in alcohol. If ever there was anything you wanted to learn about aquatic creatures, this is certainly the place to do so. Everything is organized by genus and species. They are whole specimens, and they have been stained to feature various elements. As you can see, the fish turn translucent when preserved, but with the dyes, one can make out the nervous or circulatory systems, for example.”
“Cool,” said Marco.
“I seem to recall we had no choice but to move all this off site?” I said.
“Yes, indeed. Because of their extraordinary weight, they cannot be stored on upper levels without adding costly structural supports. At the same time, if they’re stored below grade, there’s a heightened risk of explosion.”
---
ABOUT THE AUTHOR: 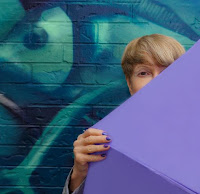 Luba Lesychyn is a popular Toronto-based mystery writer, a graduate of the Humber School for Writers, and a respected author in the library readings and events circuit.
In her two books, she draws from her more than 20 years of work experiences at the Royal Ontario Museum (Canada’s largest museum), and her time working for a private museum consulting firm to write humorous, international art theft thrillers featuring amateur sleuth Kalena Boyko. Her newest book, Theft Between the Rains, is a sequel to Theft By Chocolate (about a woman looking for chocolate, love and an international art thief in all the wrong places) published in 2012 by Attica Books and launched in Canada and the UK.
Luba currently spends her time writing and virtually touring Theft Between the Rains in which lead character Kalena Boyko returns to find herself pulled into international art theft intrigue when masterpieces missing since WWII start appearing on her doorstep.
Website * Amazon * Facebook *
Goodreads * Instagram * Pinterest * Twitter
---
GUEST POST:
- What is your favorite art piece and why?
I always come back to Gian Lorenzo Bernini’s sculpture of the mythical characters Apollo and Daphne, which was executed in the earlier part of the 17th century and is housed in the Galleria Borghese in Rome.
The sculpture depicts Daphne, who in order to flee the lovesick Apollo's advances sacrifices her human body and assumes the form of a laurel tree – her hair is transforming into branches, her legs into bark. The detail and delicacy of the stonework, including tears running down her cheek, takes your breath away. It’s unfathomable to me how anyone could turn matter as solid as marble into an ethereal tour de force with such a sense of movement and strong emotion.
I had studied this piece in university as art history was one of my minors. And although I had been to Rome a few times, I didn’t make it to the Galleria Borghese until my third visit – which was a side trip on my way to Matera in Southern Italy to attend the Women’s Fiction Festival. It was at this writers’ conference in Matera where I pitched my first book and secured a publisher and that success propelled me on my writer’s journey. It’s an intriguing set of synchronistic circumstances.
---
GIVEAWAY:
Luba Lesychyn will be awarding a print copy of Theft Between the Rains to a randomly drawn (US or Canada only) winner via Rafflecopter. To increase your chance of winning, leave a comment at a different stop on the tour each day. Good luck!
a Rafflecopter giveaway
All the Ups and Downs at 2:00 AM
Share